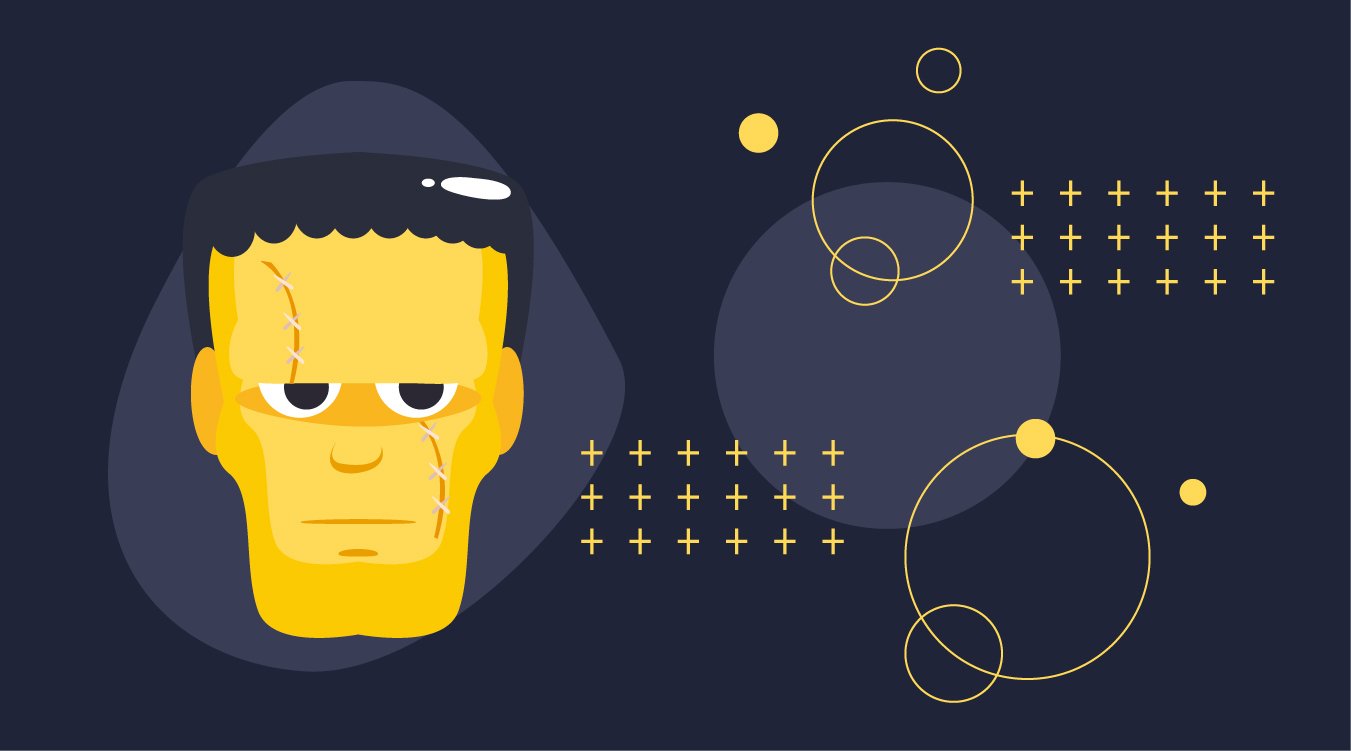 Companies have been building automation into their systems with the same methods for at least three decades. Frankly, some of those methods are a nightmare. For example, manually built automation rules makes purchase invoice automation almost as easy to understand as Mensa’s admission test. Increasing your level of automation with a rules-based software will only allow you to pick the lowest hanging fruits from your invoice volume. In order to reap the benefits of the rest of the bunch, you end up building a creature that is kept together with rules that are as solid as bubble gum in fixing a broken tire of a bicycle.

Let's look at what rules-based automation looks like in practice.

Building rules have always been painful. The first part of the process looks something like this:

Sounds familiar? No wonder, as this is what the process has looked like for at least three decades.

And the problems do not end there. Once you have the system, the real work just begins: building and maintaining automation rules. Soon you’ll find yourself in a labyrinth of rules.

As times pass, you have an increasing amount of data as you have more and more vendors. Every time you add a vendor or a new service from an old one, you have to add a new rule. Can you imagine what this looks like in a company that has thousands of vendors?

But building rules is not enough. You have to get vendors to agree on using certain reference or contract numbers so that the rule gets triggered. If your vendor is unwilling or can’t do it, no rule is going to automate that invoice.

In fact, the majority of purchase invoices are not standard month over month occurring invoices. Sure, you have the basic phone bills, rents etc. But generally these only account for 10-25% of the entire purchase invoice volume. There are always more exceptions and exceptions of exceptions than there are regular invoices.

You end up building a system that looks more like a Frankenstein’s monster with thousands of rules holding the system together. It moves a bit stiff and nobody really knows how it is built but it seems to work for some cases some of the time. But you always have to keep an eye on it to make sure that it does not fall apart.

The end product is that you have a technology that was supposed to solve your automation problems, but you got a system that left the level of automation in your company pretty low.

We see this all the time when we meet with companies.Their level of automation is generally between 15-20 %. So 80 % is still done manually. In the rare cases where the level of automation has been higher, it has required a ton of work and maintenance from a lot of people and partners to get it there.

Not all automation is equal

How about we let the old rule-based automation system retire and rest. It served its time, but it has not kept up with the times. It creates a horrendous user experience because it moves the responsibility onto the shoulders of people who don’t have the necessary skills and time to maintain it.

We need better solutions. And they are here already. No need to wait for the technology to catch up.

One of those solutions is artificial intelligence. AI automates building automation. You will no longer have to build a Frankenstein by hand. You’ll just give the blueprints to the AI and watch it do its job in fractions of seconds.

Purchase invoice automation has been transformed dramatically through artificial intelligence.

4 things that AI has replaced completely in purchase invoice process

AI makes everything easier. But there are at least 4 processes that it either gets rid of completely or at least makes a lot easier to do.

E-invoicing has been a really good development in terms of automation. But It does not completely remove the need for rules. Not all vendors can or will do it in which case you still get scanned invoices. This will always decrease the level of automation. This is not a problem for AI. It reads historical data and can deduce information from scanned documents.

In order for a rule to work, certain information has to be exactly correct on the invoice. Usually this means that you have to communicate with vendors constantly to get them to do it or if there have been changes in yours or their systems, make the necessary changes to the rules.

When you are a medium sized business the amount of vendors you have might run in four digits. Imagine the communication dance you have to do with all of them! Once again, AI does not have this issue. It makes decisions based on historical data and will route the invoice correctly.

Rule-based automation requires a software to support the rules, employees to learn to use the software and experts to build and maintain the rules. With thousands of rules you get a jungle where nobody knows if the rules even work together or if some of them even cancel each other out. As AI does not need rules, it has taught itself from historical data, it knows what it needs to do with invoices without rules.

We sometimes find it difficult to explain in a simple way how big the change AI brings actually is. Should we make a comparison between it and a world class athlete who has spent 15 years training for the Olympics? AI does not need to train. You give it data and boom you’re in business!

Or is it like walking into a complete house without the need to build one yourself?

Ultimately the main point about AI is its super memory. No matter how long you have been in the service of a company and how effective you are in processing invoices, AI will learn more and faster. Plus, as it processes invoices, it starts to remember things that have not been written down anywhere. But it knows, because it has all that historic data to back it up. Its memory capacity is perfect.

Put it this way: try telling your new financial administrator that “here are our invoices from the last 2 years. Look through them and memorise how they should be handled and routed.” Any smart person would run out of the office faster than Usain Bolt. But that situation is no problem for AI. It processes it and is ready to work.

“The more companies have good experiences with automation, the more willing they are to experiment different ways to automate routine tasks. Once they have seen that a robot or a basic automation tool can successfully automate some of the work, they move towards more sophisticated technologies like AI.”

AI in finance: what processes to automate and what to leave alone