”After these experiences, I could no longer go back to time without artificial intelligence”
- Pasi Vilhunen, CEO, Bravedo 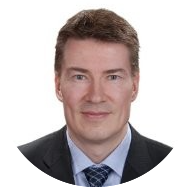 Bravedo is a group of 92 companies operating in the fields of employment, social and health care and technology.

Bravedo Group processes approximately 120,000 purchase invoices every year across its 92 companies. About 90% of these invoices are received electronically, 5% as PDF invoices, and the remaining 5% are scanned.

Previously, prior to the implementation of the Snowfox.AI, Bravedo had utilized automation in purchase invoice processing for order and contract invoices. At the time, the level of automation was 20-30%.

The real cost of processing an invoice was shocking

Before implementing new tools, Bravedo wanted to get a better understanding of the state of purchase invoice processing within the Group. So they did a study. The results were so alarming that the need to raise the level of automation became acute.

The study also looked at what tasks in purchase invoice processing take the longest time. Those tasks were accounting and manually routing invoices by the accounts payable. Much of the steps were done by hand by copying and saving information from one location to another.

“The results of the survey were, frankly, appalling. It felt a kind of an awakening to what the real costs of purchase invoice processing are,” Vilhunen recalls.

Artificial succeeded in what the traditional methods – mainly manual handling and rules – did not. With the help of Snowfox.AI, Bravedo has achieved extremely good results.

The investment in AI has paid off. A higher level of automation has enabled the Group to save hundreds of thousands of euros.

“After these experiences, I could no longer go back to time without artificial intelligence. Professionals in both business units and accounts receivable have come several times to praise the lightened administrative workload”, Vilhunen sums up.

Would you like to know more about how our clients are succeeding with AI?

Just leave us a quick message! We can contact you to talk about what benefits our other clients are getting from AI automation.

Or are interested in implementing Snowfox.AI, but you’d like to know more first? No problem! Just contact us and together we can find out how we can help you automate your purchase invoicing process with AI.